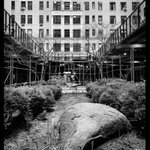 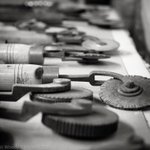 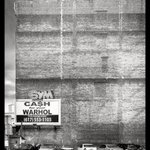 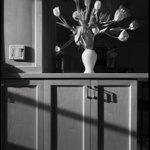 CAPRI ITALY – Room with a view. I actually got into an argument with a prominent Italian intellectual today who asserted that the French Revolution happened before the American Revolution.

Day 3184 of one photograph every day for the rest of my life.

On this date seven years ago (day 637 of one photo every day): Capri Funicular.

WARREN CONNECTICUT – Our first snow of the year, in time for a whitish Thanksgiving. There are still leaves on the trees as a result of the very late Autumn. Lovely day.

Day 2593 of one photograph every day for the rest of my life.

AMSTERDAM THE NETHERLANDS – We’ve met up with ten friends from all over Europe who share a common bond: the are (or are married to someone who is) celebrating a major birthday right about now. With a lot of help from Maria we’ve organized ourselves to come here for three of four days to visit the Rijsmuseum , which has been closed for eleven years for renovations, and generally to have fun. Obama was here last week; thank God we weren’t because security rendered this city immobile; his photograph speaking in front of The Night Watch, the most prominent picture in the Rijsmuseum’s collection, was widely published in the US.

Anyway, enough idle chit-chat. The new surroundings have energized me so I’m suffering a bit from shutterrhea. The landscape images today are from the first few hours after my arrival, in the lovely light that inspired Vermeer. The final two images are of our group of friends in the library of the Rijsmuseum.

PARIS – A day of tourism. All shot with my Leica Monochrom and 50mm Summichron Asph. lens. I’ve edited post to add three more images to an already overburdened day, three images taken with my iPhone as Bob and I sampled a very, very good burger at Paris New York, an excellent burger joint (really) in Strasbourg-St Denis (a changing neighborhood in Paris that’s still mid-cycle).

On this day last year: Test. Testing focus on my then “new” Leica M4 (film!):

NEW YORK NEW YORK – You read a lot about the weather on this blog. Woody’s weather channel. what a bore. But the weather really affects me. At the core I’m an landscape photographer; in New York we happen to have an urban landscape; the weather dramatically affects how it looks. Today we had a serious snow storm. The snow turned to slush by the time it reached the ground and photographed as a medium gray sludge. Not to my liking so I pointed my camera out the windows of our apartment to give you a gallery of water tanks, obscured by the snow, on surrounding buildings. All taken with my Leica Monochrom and a135mm APO-Telyt lens.

On this dat=y one year ago: Dandy. Taken with my long-g0ne Ricoh GRD.

NEW YORK NEW YORK – I’ve been thinking about what it is to photograph landscape (whether urban or otherwise). Let me describe the experience. There comes a moment when you physically experience some remarkable aspect of the light. For me the world seems to grow quiet and I work without thinking, intuitively. Time seems suspended. I reach this state of mind on those rare occasions when the light is very special and combines with the scenery in front of me to create a heightened sense of reality. It’s good to have a camera in hand when this happens. I’m not wildly successful seeking these moments out with a tripod.

there was one of those moments this morning in the space between the Seagrams Building and the Racquet and Tennis Club.

More of the same:

On this day last year: Forsythia in the shape of Italy.

GASPARILLA ISLAND FLORIDA – The beach club at the Gasparilla Inn provided a demonstration today by a professional sand castle builder. That’s right. A guy who makes a living on the beach making castles (or whatever) out of sand. Makes the rest of us feel like we’re kind of doing it the hard way. Given that it’s Presidents Day weekend (for those of you outside the US we used to celebrate Washington’s and Lincoln’s birthdays separately, which happen around now, whenever they fell; more recently Presidents Day is celebrated for both of them on a Monday in February, making a three day weekend), a Presidential theme is appropriate.

Our sand castle architect chose an image of a Purple Heart because it incorporates a silhouette of Washington. The Purple Heart is a democratic decoration: it’s given to all who are wounded or killed in action. I received one during my Marine Corps service in Vietnam. It is the only decoration received by most Marines, soldiers and sailors who are killed in action. At the start of the Gulf War I started wearing a Purple Heart lapel pin (which I continue to wear today). I can’t articulate why. It’s with some difficulty that I write these sentences. Anyway, here is the Purple Heart rendered in sand, captured with my Sony Nex-7 and a 24mm Leica Summilux lens.

On this day two years ago: Vietnam Memorial. I’ve looked back two years here (rather than my usual one) because on February 18, 2010 I photographed my shadow on the Vietnam Memorial (shooting infrared) in DC. The juxtaposition is a coincidence and I understand that it borders on the maudlin.