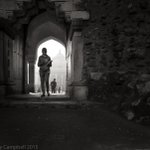 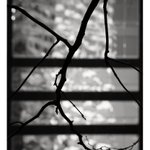 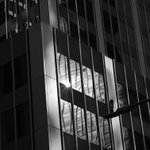 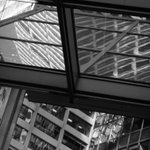 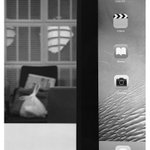 NEW YORK NEW YORK – On the street with my miniature camera. I’m slowly gaining confidence in it – getting a better feeling for its capabilities and limitations. I’m not really good a street photography and street photography generally doesn’t move me. A lot of the work that I see by other photographers is colorful looking people (often from the rear) in colorful setting, lacks dynanism and is wildly derivative of Robert Frank. There are exceptions. For example the energetic body of work being produced by Daido Moriyama (who shoots by the way with a Ricoh GRD). There’s an argument that the Ricoh is to this generation what the Leica M3 was to an earlier generation. Anyway here’s an image from Third Avenue caught with my Ricoh GRD IV. Of course my shadow in the picture is derivative of . . . Robert Frank.

I mentioned several times in the last month that the 1999 self portraits were taken in my Connecticut studio with an 8X10 camera. Here’s what it looked like. That’s me holding the cable release for the lens (whatever it was) on the Arca-Swiss view camera.