I started this project on October 16, 2009 and have posted a picture taken each day without a miss. The blog is my primary tool for documenting this project. 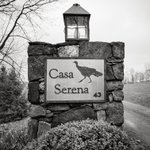 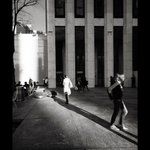 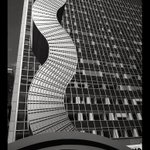 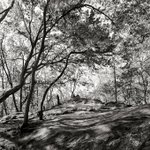 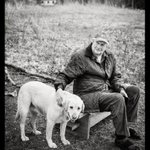 WARREN, CONNECTICUT – Up before sunrise on a very cold day.

WARREN, CONNECTICUT – Sunrise after the storm.

WARREN, CONNECTICUT – We’re having our first snow storm of the season.  We’re on a high point, a few hundred feet above Lake Waramaug.  The difference in elevation is enough that we have much more snow over the winter season than the lake.  There are many, many more churches to photograph in Litchfield County but I felt that I should give you a break.

WARREN, CONNECTICUT – At last a crisp, clear late fall day.  This is the sort of day that gives seasonal weather changes a good reputation.  After struggling against against murky light for most of the week.  I spent the afternoon in Litchfield having lunch and photographing the town.  Tomorrow is supposed to be clear so I’ll come back for sunrise.  Today’s posting is from a walk in the woods a little latter in the day.

WARREN, CONNECTICUT – The Congregational Meeting House in Warren, Connecticut.  Warren was carved out of Kent Connecticut in the 1780s.

The Warren town website provides the following history: “Warren was settled in 1737 as part of the Town of Kent.  In 1750 a separate ecclesiastical society called the Society of East Greenwich was established and a church was founded in 1756. In 1786 Warren was incorporated as a separate town.
Even though for most of its history Warren has been an agricultural community, by 1810 Warren became known as an educational center with five private schools and an academy which produced 15 ministers and educators.  Over the last two and  a half centuries Warren’s population has fluctuated widely. By 1810 the town’s population had increased to 1100, but with the decline of agriculture and the local iron industry it reached an all-time low in 1930 with only 303 inhabitants.”